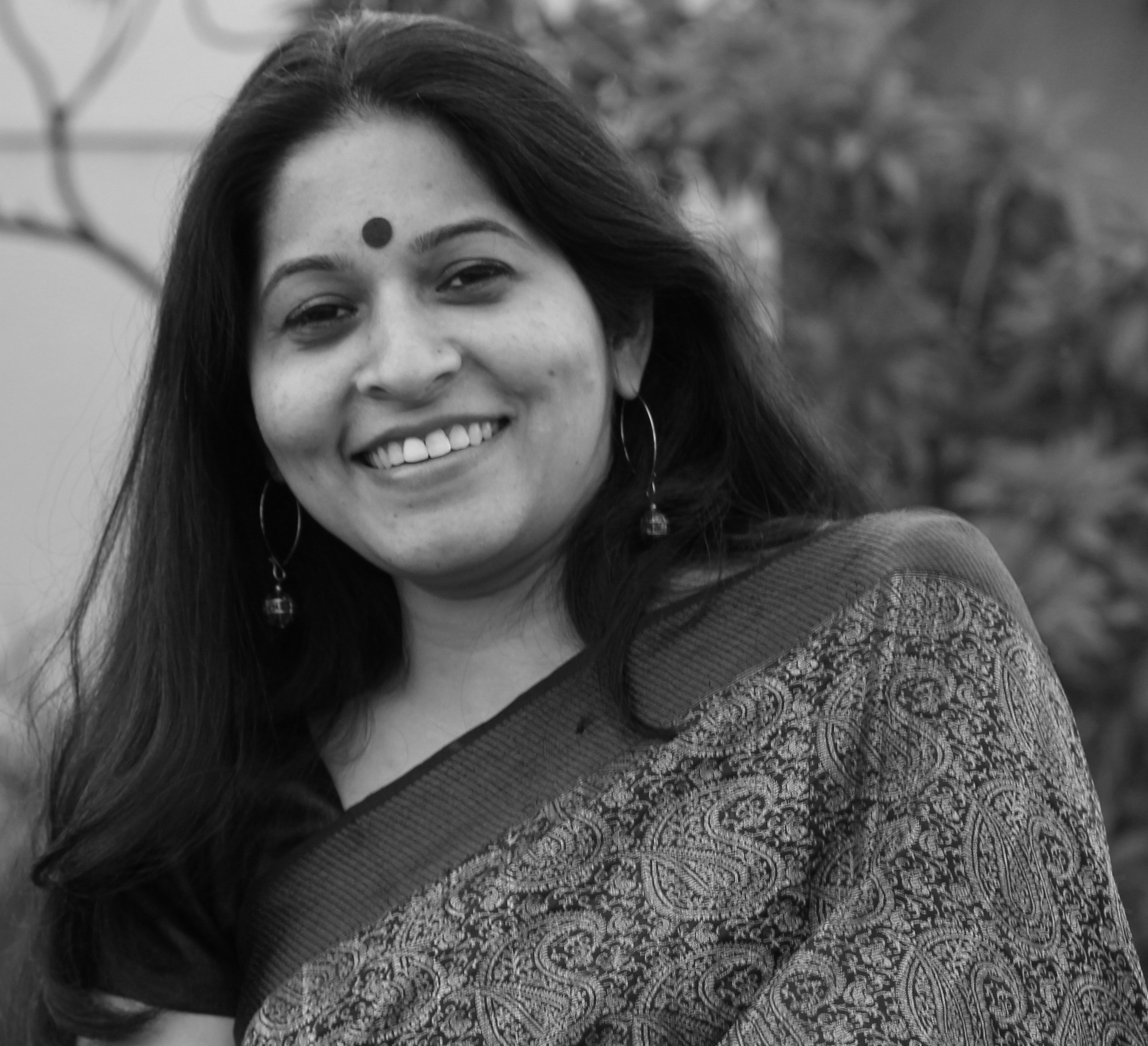 A trained counselor and an MBTI accredited professional, Vinita works in the space of Life Skills for adults and children. A post-graduate from Delhi University, she has been a passionate debater and quizzer through her school and college years. Her journey to becoming a self-aware and empathetic counselor, that began with volunteering at the Salaam Balak Trust is one of self-discovery, persistence and fortitude. Through her professional years of working in seemingly disparate areas of Development with Concern India Foundation and KC Mahindra Education Trust, HR with HDFC Bank and Education with Educomp and as an independent consultant, her natural ability of working with empathy has found both voice and appreciation.

She combined her training and passion to set up ‘Thinking and Articulation’ classes ten years ago, through which she works with over a hundred children in the NCR, at a given time period. She created her curriculum that emphasized on Critical thinking, Appreciation for World awareness and Writing styles. These essential skills helped her further her work into Essay writing for admission applications and Interview and GD Training. She also trains aspiring career counselors on Basic Counselling skills, besides undertaking Communication Training for Corporates. She is most proud to have taken a session on Story-Telling at the IIM-Bangalore and Goal-Setting at Government schools in Delhi.

While she enjoys a good book, a sharp review and a compelling narration, what excites her the most is working with children and young adults, both individually and in groups - as counsellor, teacher and mentor, on Goal-Setting, Self-Awareness and Story-Telling.

“Each step that she takes towards higher education is a stride away from oppression, ignorance and darkness.” 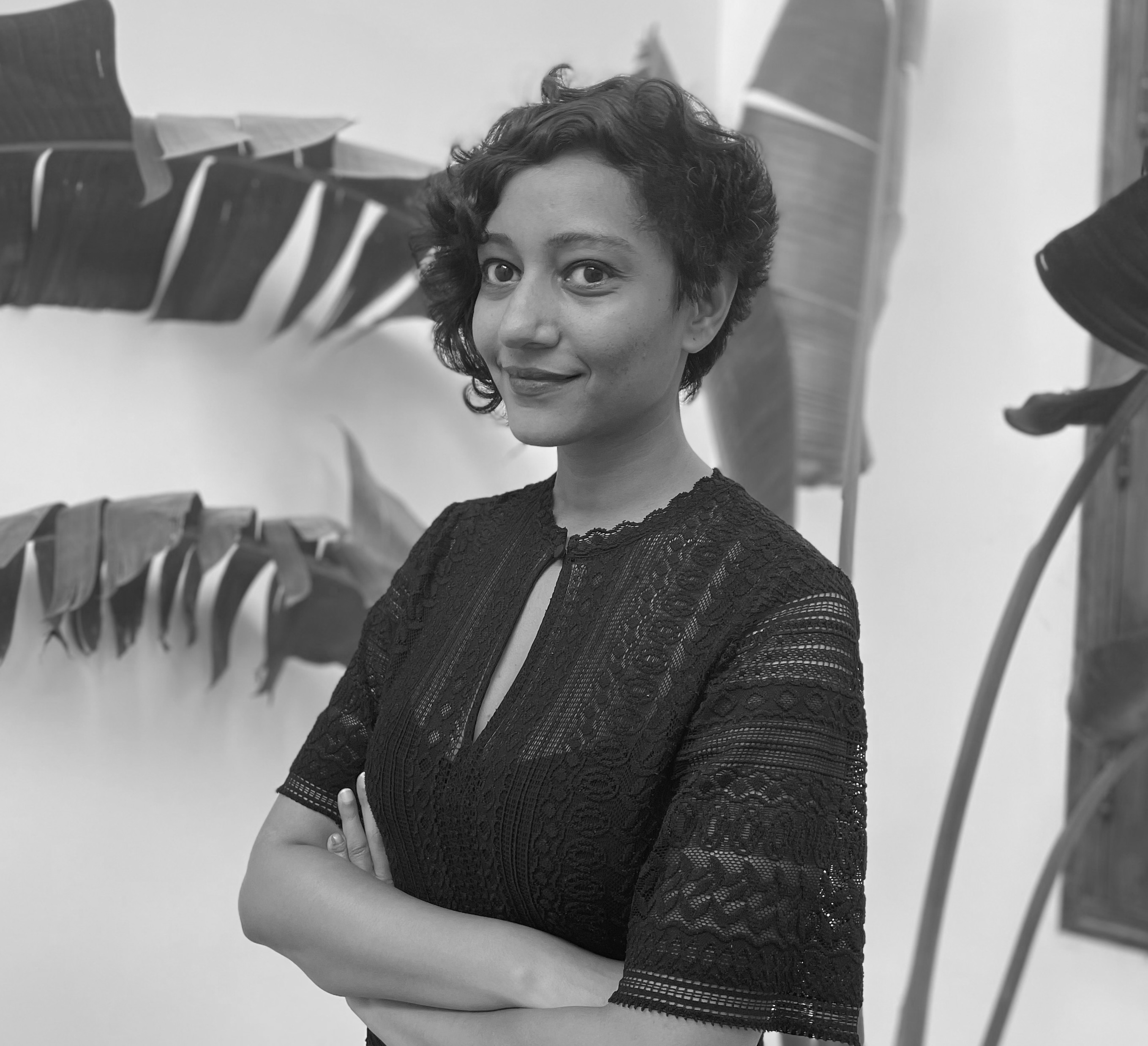 A communications, campaigns and community strategist with a law degree, the thread in Soumya’s life has been her passion for both self-learning and helping other learn effectively. Most importantly she seeks to enable self-sufficient, empowered individuals who can identify and achieve their purpose in life.

In 2014, a fire was lit when she encountered the principles of learner-centred education while volunteering with the Teach India program and the Feedback Foundation. here, she was able to contextualise her own academic/professional highs and lows and understand the immense positive impact that well designed learning programs, have on individuals and communities.

She honed this passion into practical skills while working on Change.org Foundation’s training & community building program for women campaigners. During the course of the program she learnt how to design and deliver sessions using experiential education principles, mentor individuals, manage communities and contribute to the overall strategy/curriculum.

Soumya believes that authentic learning will only succeed when programs are inclusive and catering to diverse needs and learning styles - simply put, she swears by the mantras of ‘Safe Learning Spaces’ and ‘No Learner Left Behind’. With friends, Soumya plays strategy board games and when with her partner she enjoys watching movies. When on her own, she devours regency romances, spy fiction and multiple cups of black coffee.

“ As women, our purpose in life is decided for us by the community we live in. The ‘lucky’ women are then force fed a set of so called ‘skills and knowledge’ in the name of education. Women’s education to me is about breaking this archaic system, we need an educational experience that builds our autonomy & agency and gives us exposure to a range of skills and subjects. Women’s education must create critical thinkers and self-sufficient learners who need no-one’s support or permission to achieve the purpose of their choice.” 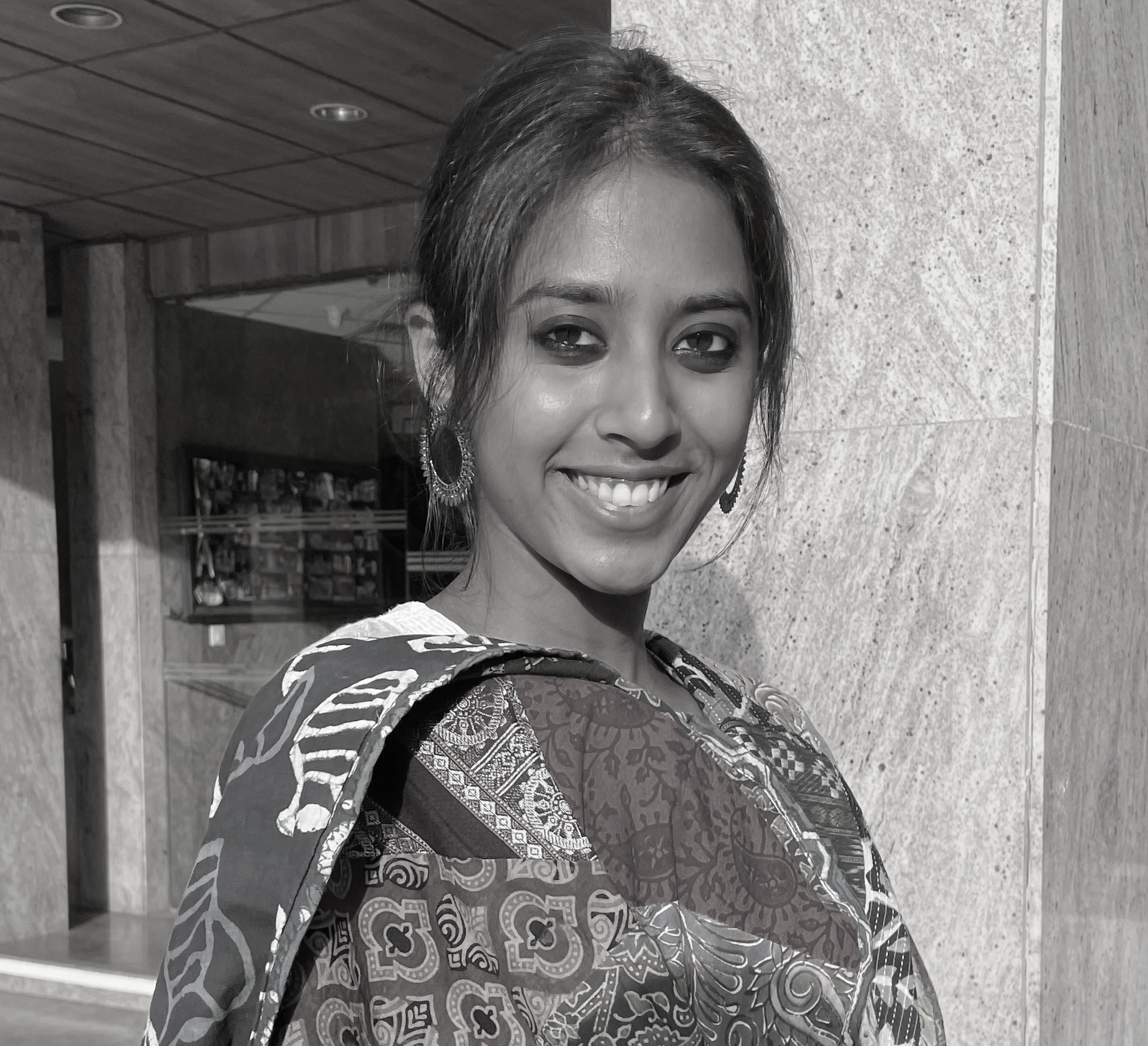 Anoushka is a highly impact driven individual who believes that everyone possesses the power to be a successful leader. This is what lead her to the Teach for India Fellowship where she taught (and learned immensely) in the community of Mehrauli with 50 bright and curious young minds and community members. During the span of her Fellowship, with the pandemic in full swing, she worked with mothers and siblings, who came out as champions of education; not only did they make proactive efforts in becoming tech savvy, but they built a community to support each other too. Inspired by the grit and potential of the community members, Anoushka, together with her co-fellows started RIMJHIM, a project under Teach for India aimed at up-skilling mothers and creating a platform for them to master financial literacy and ultimately be able to support the education of their children, sustainably. Currently, the project team includes 5 exceptionally invested and talented mothers and 4 TFI Fellows, who along with the founders are working together to make this dream a successful reality.

Having studied Science in school, Anoushka pursued a Bachelors in Mechanical Engineering from SRM Institute of Science and Technology, Chennai. It was in her final year of college that she realised that the social sector was where her heart really lay.

Anoushka values conversations, diverse discussions and values meeting and interacting with people from different cities, countries and backgrounds immensely. “As a child the constant transitions and moving around confused me, but now I value the role this played in my growth as a person and as a woman.” She values empathy and growth, and hence learning is a constant part of her life, be it from picking up new hobbies such as sewing and embroidery to brushing up old ones like sketching and swimming.

At KARM, Anoushka hopes to give to the girls all the support, love and bolstering that her mentors, teachers and friends have given her, allowing her to be the woman she is today. Together with the team, she envisions an India where women leaders are encouraged and nurtured.

“Education of women and girls is utmost to the development of any society. In today’s world, surviving requires one to be aware, not just intellectually but also emotionally. All the revolutions and revelations in the world have required mankind and womankind to be able to make sense of the world around them and to make decisions and choices. I firmly believe, that a large part of being able to make informed choices for oneself, one’s family and one’s community is the state of being cognisant; education, discussion, exposure and conversations empower one. In order to create a world, that’s more empathetic and functions with good leadership, I believe it’s vital that women be educated with the same passion and rigor. Just like Maria Mitchell once said, when we educated women, we not only pave way for her generation but generations that come after.” 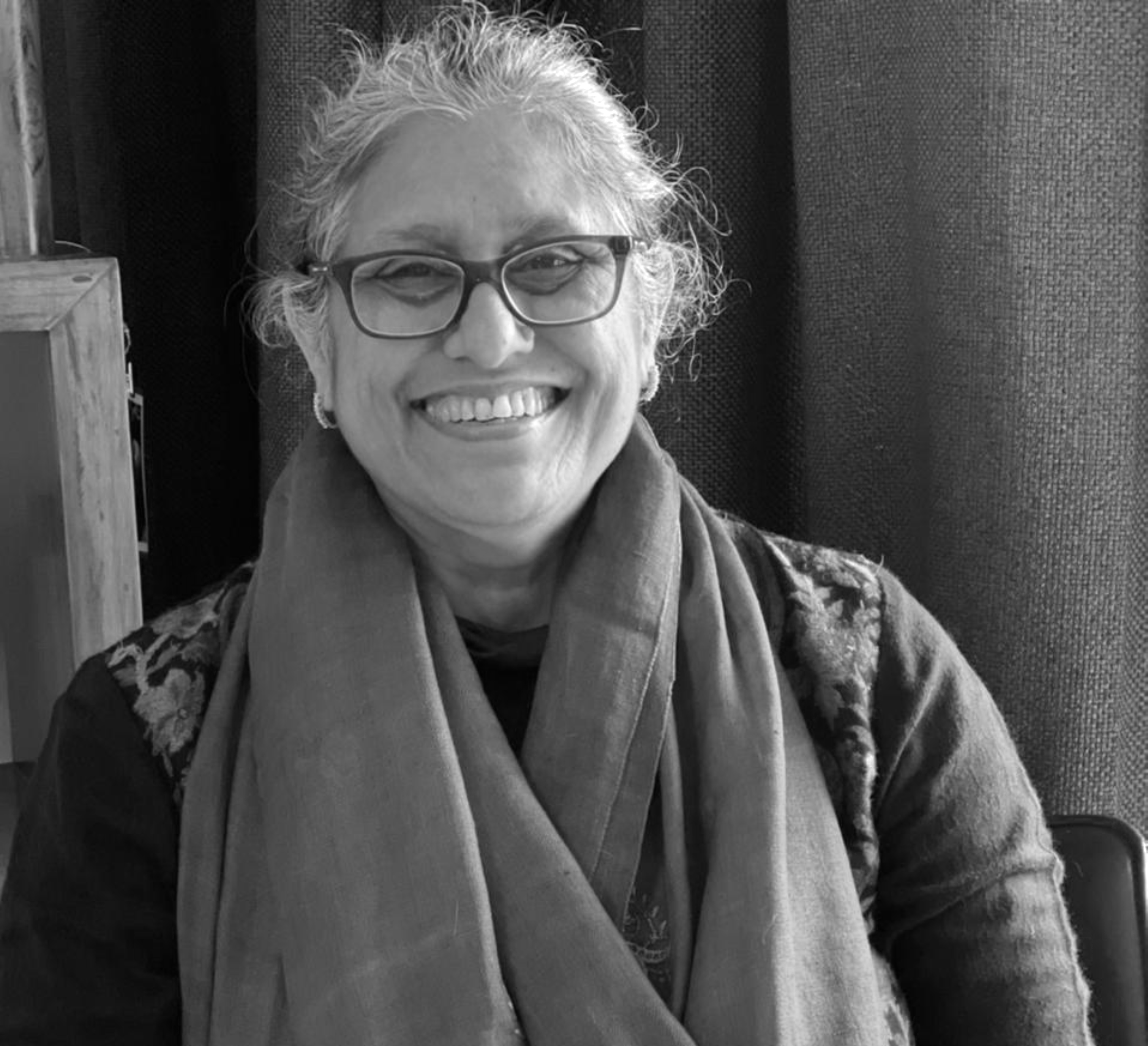 Sujata Mehra was born, brought up and educated in Amritsar. A post graduate in English literature, she started her teaching career in a little garage with five students and was swept off her feet by the unconditional love that she received from her students. This was the start of a lifetime of love for teaching!

Starting with Delhi Public School RK Puram and ending with The Shri Ram School, Moulsari, she taught in public schools for three decades. She taught English to middle school and Theory of Knowledge to IB students before taking early retirement to do voluntary work with EWS students at The Shri Ram School, Vasant Vihar and Nai Disha. A life-long student she is enjoying sharing her love for the language with many around her! 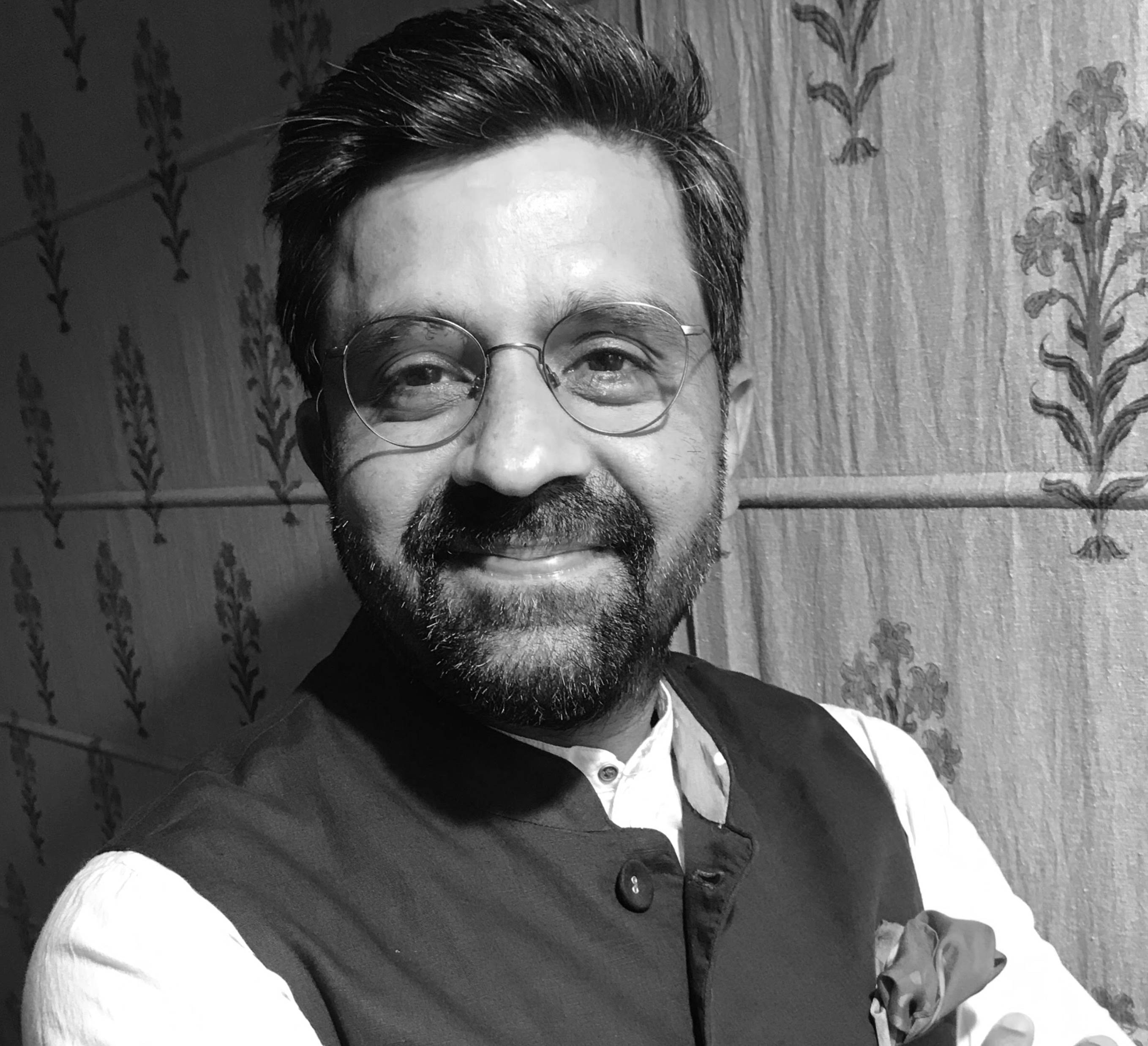 Amitav Virmani is the Founder and CEO of The Education Alliance (TEA), a non-profit organization focused on improving the quality of education in Government schools. TEA works with the state governments of Tamil Nadu, Madhya Pradesh, Tripura, Delhi and the South Delhi Municipal Corporation on education reform initiatives.

Amitav worked for Bristol Myers Squibb, a Pharma company based in Princeton for 5 years. He has also been involved with his family-run food processing and real-estate business in Punjab since 1994.

Amitav was educated at the Doon School and went on to study Economics at St. Stephens College, Delhi University. He has an MBA from UNC Chapel Hill, USA. He sits on the board of AVPN India, Childrens Book Trust, Virmani Education Trust, Teach for India (Delhi) and Shri Ram Schools. Amitav is a member of the CII Education Task Force and also a member of the International Board of Advisors for Kenan Flagler Business School, UNC, Chapel Hill.

Amitav is an Aspen Fellow, Ashoka Fellow and an N/Core Fellow. 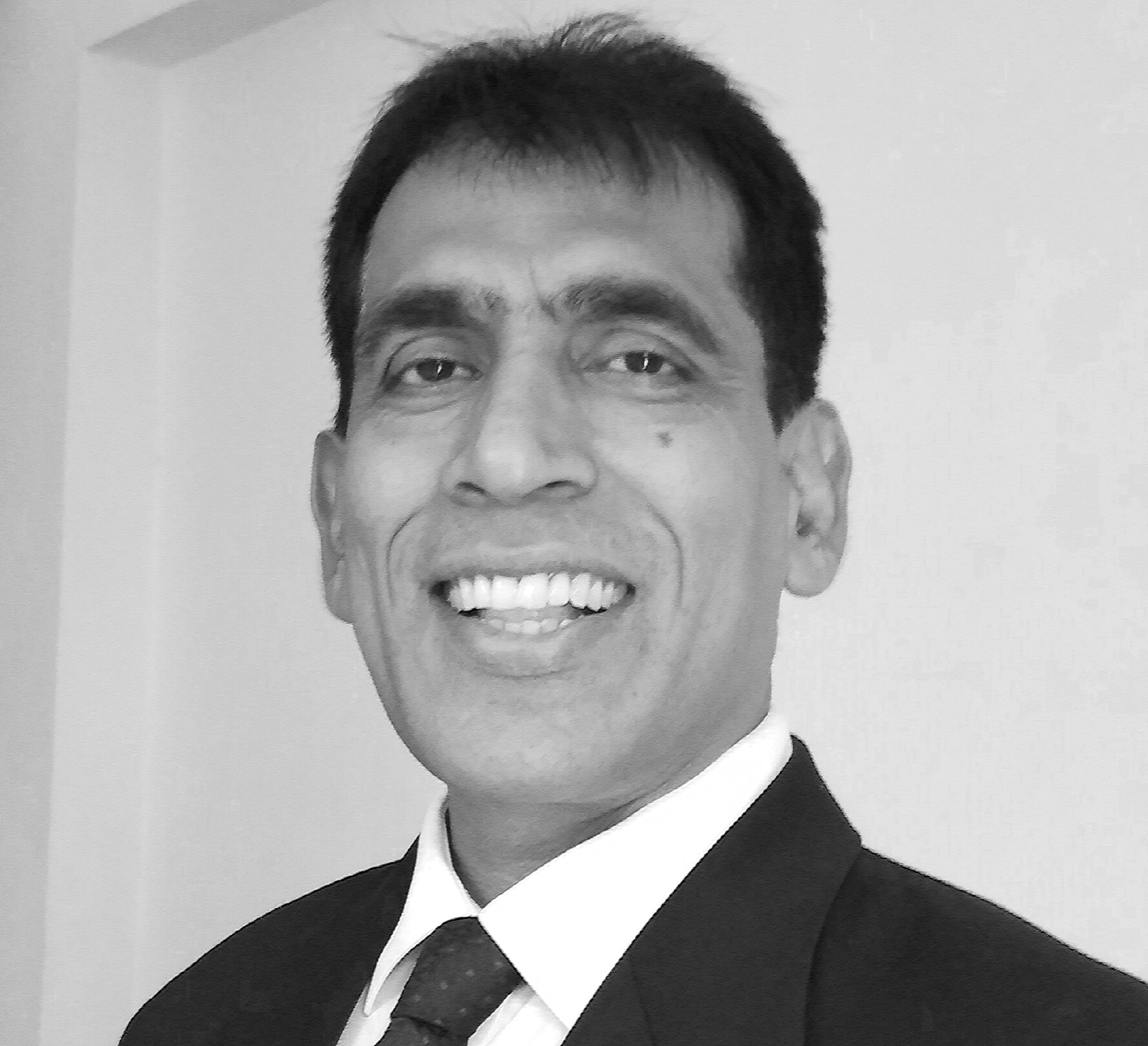 Dr. Y. Suresh Reddy is the Director of SRF Foundation, ( www.srf.com ) the corporate social responsibility arm of SRF Limited ( www.srf-foundation.org ). He completed his Ph. D. in Public Administration from SV University, Tirupati (India) in 1995 and has vast experience of 24 years by associating with Academic, Government, Not for Profit and Corporate Foundations. In the past, he has been associated with Byrraju Foundation, Hyderabad; Dr. Reddy’s Foundation, Hyderabad; CARE India (International NGO), New Delhi and State Council of Educational Research and Training (SCERT), New Delhi.

Dr. Reddy is a specialist in school education and vocational skill training projects. He has skills in the entire Project Cycle Management and building institutions. He has also authored books, titled “Co-operatives & Rural Development” and “Child Labor in India” and has many research papers to his credit. His areas of interest include CSR, school education for deprived, ICT for development, Public Private Community Partnerships for Education, Child Labor, Vocational Skills and Rural Development.

With his efforts, SRF Foundation today stands as one of the respected Development agencies in the country with contributions in the areas of school education and vocational skills impacting lives of 76,000 students directly and 250,000 students indirectly and 5,000 youth spread across nine states of India. 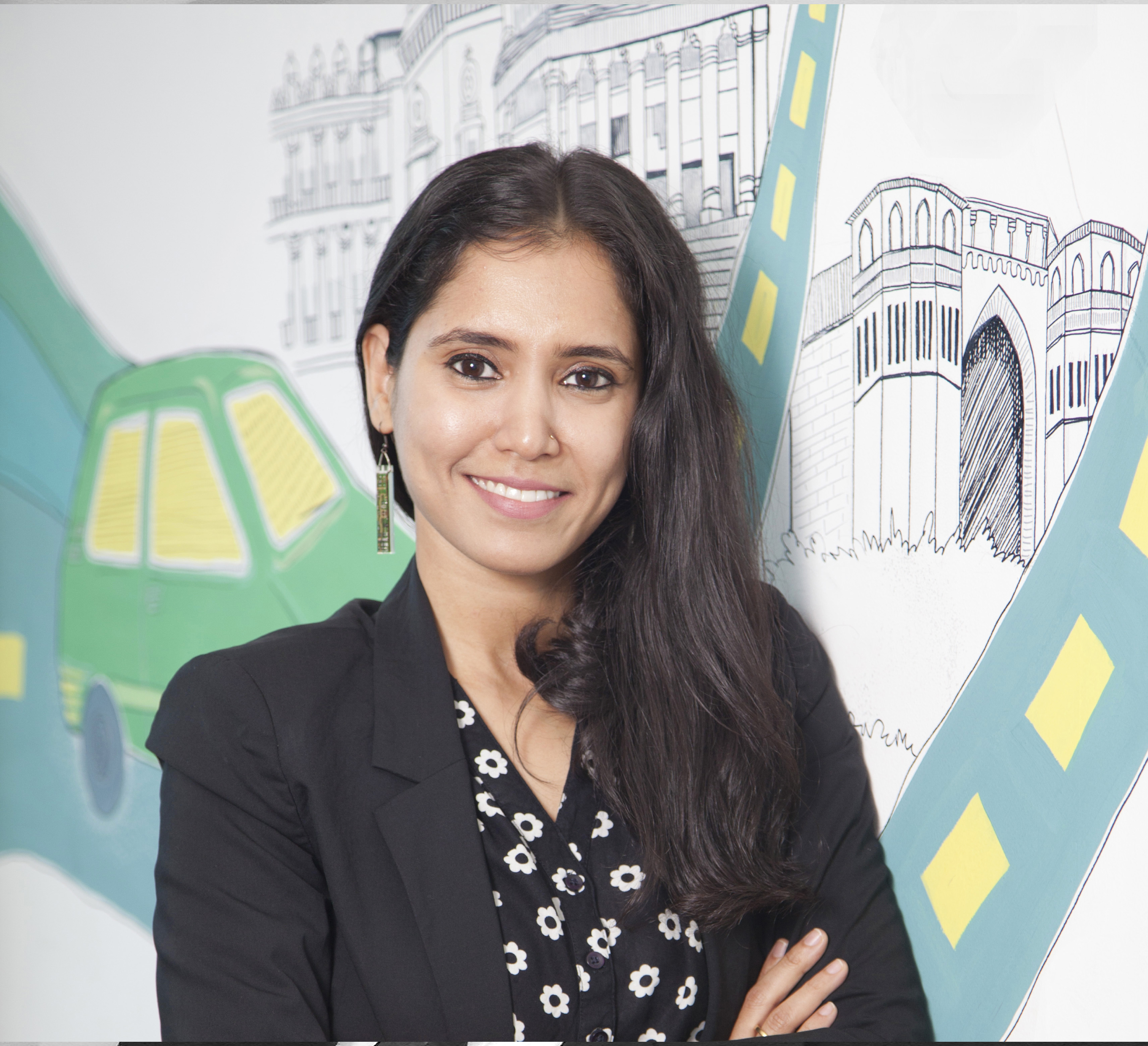 Shaheena Attarwala works at Microsoft as a Design Manager where she leads research & design and for emerging economies. Born into a poor and uneducated family in a village in Uttar Pradesh, she was raised in the slums of Mumbai. Attarwala resisted an early marriage and pursued education fearlessly against her family's will and support. Life in the slum exposed her to severest living conditions, gender bias, and sexual harassment. Her perpetual curiosity to learn and a focus to design a different life for herself paved the path for her subsequent achievements. She holds a degree in Law and her social work initiatives have received recognition from the United Nations.

She was also named as one of the “Unsung Heroes” of India by The India Today in 2019. She is also a fellow at the prestigious GP Birla Fellowship for young women leaders. Her journey has inspired girls to pursue education & career and has changed the mindset of parents. Apart from making the digital world a better place, she also endeavors to open a school for the unprivileged children in her village combining the art of technology and design, as she strongly believes that technology is an equalizer and is a catalyst in reducing the empathy gap in the world.

She advocates that people from vulnerable backgrounds must strive towards being part of the mainstream society through the medium of education and conquer that space. Until that happens the dream of an egalitarian society is faraway.

All rights reserved to KARM Trust.

No information on this website may be reproduced or used in any form or by any means – graphics, electronic or mechanical without the written permission of the KARM Trust. July 2020