What is KARM Trust
Born out of the vision of its founders, Radhika and Kartik Bharat Ram, KARM Trust is a registered public charitable trust. KARM Trust endeavours to work on some of society’s most pressing issues, especially in the areas of education, health and gender equality. Through innovative and carefully designed programs, KARM Trust aims to broaden the awareness of, and respond to, issues affecting women. With some of our initiatives, we hope to empower them with opportunities to pursue their dreams and build capability in local communities.

By supporting women & girls from less-privileged backgrounds in the areas of Education & Health and by creating awareness on Gender Equality, the KARM Trust aims to foster opportunity and build capability in local communities. 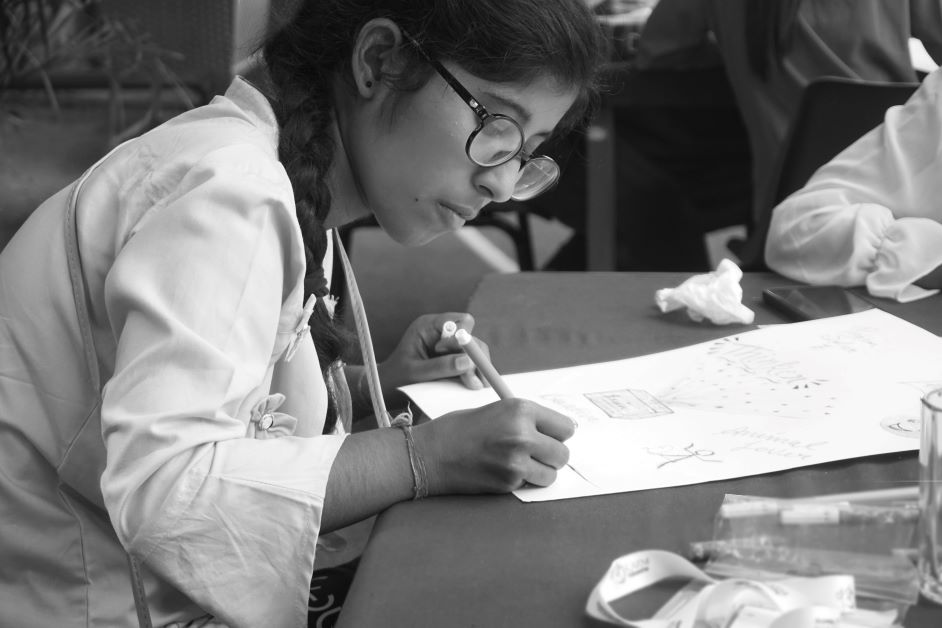 Radhika is the Joint Vice Chairperson of The Shri Ram Schools in Delhi NCR. She leverages her active contribution in the education space by serving as a member of the Board of SRF Foundation. Under the aegis of Shri Educare Limited, an education consultancy company, she has been instrumental in setting up The Shri Ram Millennium Schools in NCR & The Shri Ram Early Years.

Lending her name and voice to pertinent social causes, Radhika currently serves as the Chairperson of the Indian Blind Sports Association & the JPM Senior Secondary School for the Blind. She is also the Jt. Secretary of The Blind Relief Association, a non-government organization working to empower visually impaired persons by imparting education and skill development training.

With a keen eye and interest in reviving the rich heritage of Indian arts and culture, she has served as the Hon. General Secretary of Delhi Crafts Council from 2016 to 2020. As a part of her engagement at Delhi Crafts Council, a number of initiatives were undertaken that were directed not only towards the survival of crafts but with the livelihood prospects of the artisans as well.

Radhika is also a trustee of CAPED – Cancer Awareness, Prevention and Early Detection that has been working in the area of awareness creation for women-centric cancers with a focus on cervical cancer. Radhika is a firm believer and strong advocate of women’s health and well-being. Her work with CAPED mirrors her passion towards the cause of spreading awareness and promoting good health in the country.

Radhika is a Trustee of the Ananta Aspen Centre, a board member of CARE India & HelpAge India and the Co-Chair of the CII National Education Council. Additionally, Radhika has been a member of the steering committee of CII Foundation Woman Exemplar Program since 2014 which promotes women’s empowerment at grassroots level. As a Founding member of AVPN Asia Gender Network supported by Bill & Melinda Gates Foundation, she hopes to help further the cause of gender equality and improve outcomes for women and girls in Asia. She has also co-founded Theatre For A Cause to raise funds for NGO’s through Theatre.

She was conferred by the Mahatma Award for Social Impact 2021 and Women of the Decade in Community Leadership in December 2019 by Women Economic Forum. She was also mentioned as one of the change makers in the book ‘Why People Give’ by Ratna & Suhasini Vira.

Radhika earned a degree in Bachelors of Commerce from Delhi University. She has participated in plays as a lead singer to raise funds for NGO’s. Outside of work, she enjoys music, pottery and she is also a runner, having completed several half marathons. 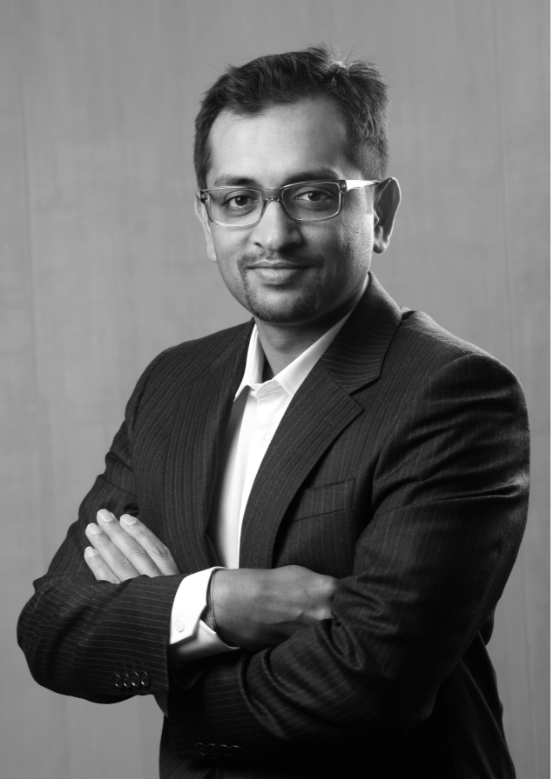 As the Deputy Managing Director of SRF Ltd., a diversified chemicals conglomerate, Kartik is involved in the creation and strengthening of a performance-based culture within the organization, through value-based leadership. He is also passionately involved in driving the aspirations of the company and an advocate on issues related to environmental responsibility and sustainability.

With interests’ that center on human motivation, leadership, corporate transformation and accountability, Kartik has successfully shaped SRF into being a trusted corporate brand – one that is respected for its commitment to deliver sustainable growth through total excellence. In addition, Kartik is the Chairman of KAMA Holdings, a company that holds a majority share in SRF Ltd. He also serves as a Director of Shri Educare Limited, a company in the school education consultancy space. He is a fellow of the India Leadership Initiative, Aspen Institute India.

In the past, he has served as the President of the Indian Blind Sports Association and as the Chairman of the Confederation of Indian Industry (CII) Delhi State Council for the year 2007-08. Kartik is a graduate from Santa Clara University, California and earned an MBA from Cornell University, New York. He is an avid golfer and winner of multiple pro-am Golf tournaments.

Letter from the Founders

To have the compassion and empathy to stand up for others and be inclusive throughout our lives has been the greatest gift that we have ever received. The experience of working in both the Corporate and Development sectors has helped us realise how fortunate we are. However, we also know that there are many other deserving people who have not had the chance to shine in their lives due to lack of resources and opportunities being provided to them.

It is with this intent that at KARM Trust we are helping empower young women in India to lead their best lives. Basing our programs on the pillars of Education, Health and Gender Equality, we will work with experts to create opportunities for women in their chosen areas as well as enable them to break taboos and myths concerning their health and challenge gender stereotypes that limit achievement.

We know that the journey will not always be smooth, and we might not succeed each time. With empathy and perseverance, we will always do our best. That’s our simple plan.

Thank you.
With a promise of much to do,
Radhika and Kartik

Belonging to one of North India’s well-known business families, the Shri Ram family, the Founders of KARM Trust believe that it is essential to have a purpose in life. A purpose which is deeper than making profits in a company and is intrinsic to the fabric of one’s family.

Their great grandfather, Sir Shri Ram believed that “Only education can open the doors of prosperity”, helping to alleviate inequality. He set up the Shri Ram College of Commerce (SRCC) in 1926.

At a time when society did not afford women the freedom to pursue their own dreams, Sir Shri Ram established one of India’s few All-Women colleges - the Lady Shri Ram College for Women (LSR) in 1956. He also established The Shri Ram Research Institute and The Anglo Sanskrit School.

In 1970, inspired by Sir Shri Ram’s legacy, SRF Ltd. was born. The company was started by the founders’ grandfather, Padma Bhushan Late Dr Bharat Ram and their father, Mr. Arun Bharat Ram. Over the last 50 years, SRF has evolved into an Indian multinational; with diverse businesses and market-leading brands; strong R&D and a footprint across the globe.

“When working with children, put them in the center of all your decisions and you will find the answers.”
– Padma Shri Late Mrs. Manju Bharat Ram 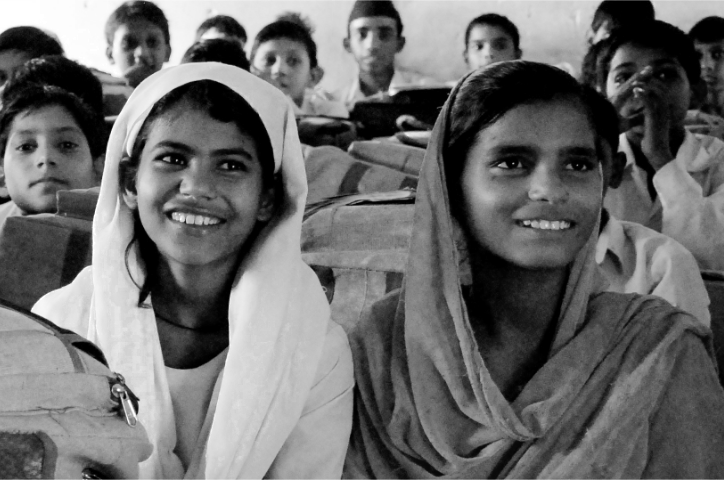 SRF Foundation, the corporate social responsibility arm of SRF Ltd., a company run by the family is dedicated to the transformation of education in India. Today, SRF Foundation runs one of the largest community programs in the country, imparting education and vocational training programs to underprivileged children and youth by improving both hard and soft infrastructure facilities in Government schools, promoting computer-aided learning, and through the digital inclusion of communities.

The Shri Ram Schools (TSRS), founded in 1988 by Padma Shri, Late Mrs. Manju Bharat Ram are also run by the family. TSRS promotes a system of progressive and inclusive education, which keeps the child at the heart of everything. With three campuses in Delhi NCR, The Shri Ram Schools stand for a strong value-based education based on the pillars of sensitivity, integrity, pride in one’s heritage and pursuit of excellence.

In addition, SRF Vidyalaya, two schools supported by the family’s company, SRF Ltd. are in Manali, Chennai and Gurugram, Haryana in India. These schools aim to bring quality education to children belonging to economically weaker sections of society through a unique curriculum that facilitates active learning.

These initiatives in the area of education have been the family’s humble, yet deeply felt contribution to a cause that is important and vital to our society. 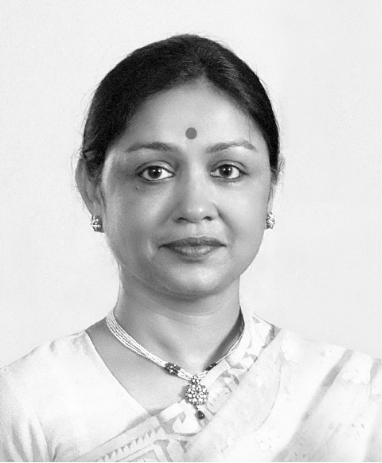 All rights reserved to KARM Trust.

No information on this website may be reproduced or used in any form or by any means – graphics, electronic or mechanical without the written permission of the KARM Trust. July 2020